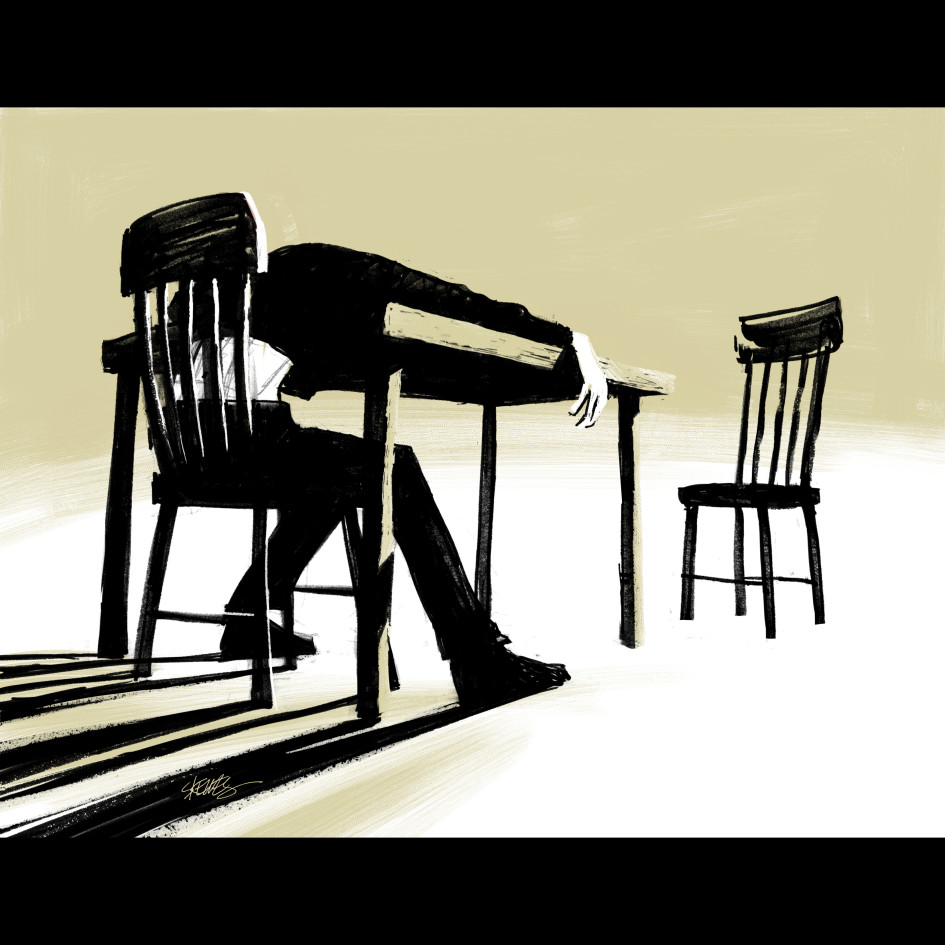 The first rule of Suicide Club is: tell frickin’ everyone.

At least, that’s what Crake told me when he took me to see my first match. He didn’t mean it literally, though. He just meant it in the general fuck-you-to-the-cops-and-suits way that’s the point of the whole thing, really. Once you start going to matches, you better keep your mouth shut about the details or the cops will be all over you, threatening to come down on your family and trying to turn you into a rat. And if you ever start playing instead of watching . . . well, let’s just say that if the organizers find out you’ve been letting things slip, they’ll whack you long before you get around to dying in a match.

Besides, you don’t really need to tell anyone about Suicide Club because everybody knows about it by now. It drives the cops and suits into a speech-making frenzy, but everyone else loves it. I’d been watching the netcasts for at least a year before I went to my first live match. It’s not easy to get invited; you have to be pre-approved to go in with someone the organizers already trust, which is why I was bumming around with Crake.

If you pass muster, a couple of weeks later you might get your own invite, an anonymous text with directions and a code only fifteen minutes before match time. You have to be close enough to get to the ring, find your assigned entrance, and show the code to the bouncers before it starts, but the organizers seem to know where you are so it all works out. The rings are a little hard to find because they’re all alike: small enough to stay under the radar, big enough to hold the live audience, and generic enough not to be easily identified from the netcast.

The first live match I saw was a one-in-four, and I wasn’t sure exactly what to expect because Crake wouldn’t say much. My buddy Nelson had told me that even though he’d only seen them use pills on the netcasts, he heard they sometimes play by hanging, with one trapdoor that opens while the other ones stay shut. Some dusthead even told me he saw a match by beheading.

I didn’t believe that for a minute, but I thought about how freaky it would be. Even if it was only for a fraction of a second, if you won that match you’d hear that blade whooshing down and you’d know, just before your head said goodbye to your body.

’Course it really is just pills, but it’s more dramatic than that sounds. Besides, pills are quick, random, and hard to rig. With trap doors or guillotines, someone would have to set one of them to working. Then there’d be a big temptation to fix the match so you could whack someone you didn’t like or cash in on the betting. Some fans argue that Russian roulette would be better, but the organizers say it would be too messy and way too traceable. With pills, they just stick the placebos and the kill-pill in a jar, and the players each grab one without looking, simple as that. Then they drink them down with the beverage of their choice, the audience holds its breath, and one of the players topples over. The first time I saw it live, I couldn’t help but think, right up until the last second, that Suicide Club might really be some elaborate net hoax. But when the players sucked down the pills, I could feel the death in the room and see it in their faces, even before the winner’s body hit the floor. And then I knew that it was just about as real as it gets.

When the winner’s dead-man switch started transmitting his suicide note, the crowd went wild. The note wasn’t eloquent, but hell, we weren’t expecting Shakespeare. We screamed and yelled, and some of the fans jumped onstage to console the losers or look at the winner’s body up close, but the organizers made sure they scattered pretty quick, which was one of the rules. There’s no settling up in person; all that happens on the net when they wire the winning bets to numbered accounts, not to mention the consolation prizes for the match losers. The bookies have to get their cut too, but it all has to be untraceable, so the organizers use player and audience avatars right up to the end, when the winner’s face is revealed along with the suicide note. That way, the cops can’t ID anyone except the deader, and it’s not like it matters much in that case.

If I thought scoring an invite to watch a match was tough, getting sponsored to play was even tougher. You have to have at least one suicide attempt on record, dated a year or more before you go to your first match as a spectator. That’s so they can sniff out the fakers and thrill-seekers and spies, and Crake says the Club organizers got mad skillz for spotting forged hospital records.

So no, there’s really no way to fake it. You have to want to die.

The trouble is, I haven’t. Died, I mean. I’ve wanted to, but it seems like I’m the luckiest, or maybe the unluckiest, bastard on the face of the planet. Your first match as a player is a standard one-in-ten. The odds are pretty good you’ll survive that one, and the unbelievable rush, plus the money and the attention, spurs you on to the one-in-nine, the one-in eight, and so on. Once you’ve lost a few matches, you start to get a bit of a following and the bookies raise your odds, so you make a lot of money that you’re gonna want to spend pretty fast, for obvious reasons.

You usually have a couple of weeks before you’re up again, because there are more players now than ever, with matches going on in different cities every day. If you make it to a one-in two, you’re a real celebrity, and the Club has long since been putting you up in safe houses, because the further you go, the more likely the cops will eventually ID you, even with the avatars. So it’s a weird life, but it’s not so bad. I mean, they give you all the drugs and booze you could ask for to pass the time between matches, and the sex ain’t in short supply either. You can tell the groupies just want to brag that they were the last one to screw a player before the kill-pill, but who cares? I pick the hot ones, and then I pretend for a little while that we’re normal, that we have jobs and a future and there’s a point to all this crap.

And if a one-in-two’er is a celebrity, then I’m fucking Elvis. I’ve lost twelve one-in-twos, a Suicide Club record.

That should tell you something about my luck. The fans argue that I must be cheating, or the organizers are rigging it. If they are, I sure as hell can’t tell you how they do it, because the Club takes security pretty damn seriously.

The thing is, I’m not so sure I want to die anymore.

Before I started playing, I didn’t know what it would be like to meet so many people who feel the same way I do. I guess I figured everyone was in it for the thrill, but the kids who come to matches and hang in the safe houses are just tired of having no jobs they can apply for except the army, tired of watching their friends come home with arms and legs blown off in a war that’s got nothing to do with us. They’re fed up with having no way to go to school and having nothing to do but surf the net.

And when we sit around and bitch about this stuff the night before a match, that’s the only time I ever start to think that maybe there’s something we can do about it.

But I gotta keep playing, because this is bigger than me now. This is our war, ’cause we chose this one for ourselves.

This is what we can do about things; it’s the only thing that ever got their attention. So the country’s said “fuck you” to us? Well, I guess we’ve found a way to say “fuck you” right back.

As for the future? Well, I got me a match tomorrow: my lucky or unlucky thirteenth one-in-two, all depending how you look at it. Maybe I’ll see you on the flip side, in which case you won’t be seeing this note just yet. And then again, maybe I won’t.

Amy Sisson is a writer, reviewer, librarian, and crazy cat lady.  Her latest obsessive goal, started in January 2015 and still going strong, is to read at least one short story a day and blog about her favorites.